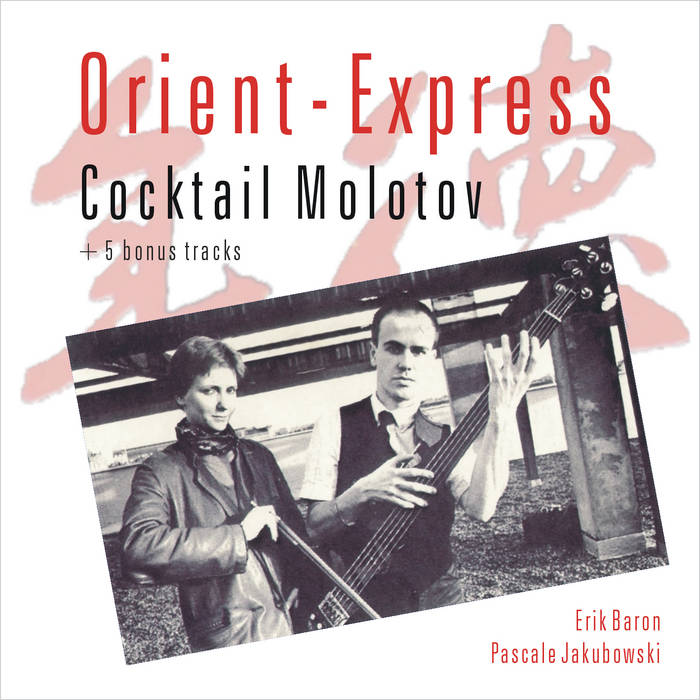 Original recordings made by Pascale Jakubowski & Erik Baron.
Used by permission, under limited license for this reissue.
Thanks also to Jean Paul Nogues & Francoise Schanbroeck.
Digital transfer and mastering by Alan Freeman at Tachyon Studio,
Leicester (UK) July 2005 and August/September 2015.
Cover design/layout by Alan, based on original cassette artwork.
Produced by Auricle Music © 2015.

Despite their name, Orient Express are typically French in every way. They play a music that has grown through French rock and jazz cultures since the late sixties, an explosive cocktail of diverse and exciting ideas, through which this exceptionally talented duo challenge the listener and succeed with impeccable virtuosity. ... more

Bandcamp Daily  your guide to the world of Bandcamp